Every year I enjoy taking a vacation to see somewhere new and get out of Chicago for at least a few days. Last year I went to New Orleans and rented a motorcycle for a day. It was great. This year I chose Seattle for a mere four days, which was the most time I could get off work. I have never been anywhere near that part of the country and being a Nirvana nerd I figured it was finally time.

I’ve also always been a huge fan of First Blood after catching it on televeision when I was probably 9 years old. I’ve loved it ever since, nevermind the sequels First Blood is amazing. I have always wanted to go to the town whewre it was filmed as well. I randomly googled it after I decided I was going to Seattle and it was only 3.5 hours. Therefore I HAD to go when I was in Seattle.

My current job could offer a few days off but money was very tight. In planning the trip I had to book a very expensive last minute hotel near the UW Campus. Air fare was the cheapest part of the trip. So I arrived on something like a Monday morning I believe as my flight out of O’Hare was at like 6:00am. I landed in Seattle and first went the EMP to see the Nirvana exhibit. It was cool, next I killed some time at a record store and found the Liquid Sky Soundtrack which I’ll write about later.

The next day I didn’t do to much I walked around and noticed how things there looked the same everywhere, maybe it’s cause I stayed in a college area. I did get a nice dinner and sat next to a rich SQL programmer. I should really pickup on that because it seems spillover from San Francisco is happening in Seattle. Making the young and smart very rich in a great spot.

I wasn’t feeling all the greatest when I got to my hotel and lied down a while. When I sorta awoke I flipped through the channels and on fucking BBC America of all channels, First Blood was on! I was second guessing getting the bike the next day and riding to Hope,BC but I figured this was a sign of sorts telling me I had to go. In the morning I venture to the rental space and get the bike. Of course it’s not the one I ordered and of course a GPS is out of the question. I booked a regular Triump Bonneville but all they had for me was a goddamn Thruxton. The bike was great but not for riding on 8 hours in a day. 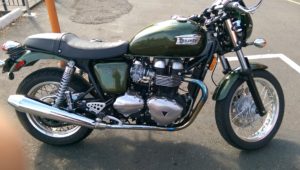 So with just my phone GPS I make it to the USA-Canada border. I brought my passport and they ask me to go inside,as I had an Illinois License, a motorcycle with a Florida plate, and a pretty dark face. I tell the guy I’m going to Hope cause I like the movie First Blood and he’s baffled but they let me in. Third time I’ve ever been to Canada and the other times were just the Montreal airport. The ride is great and it feels weird when I make it to Canada, So what is probably 5 hours after picking up the bike I make it to Hope,BC where First Blood was filmed. I couldn’t believe it when I pulled it around 5pm to the same spot where Rambo just firsts confronted by the Sheriff. The gas station is still there. I ride around the small town a little and grab some food. It’s quite a small, broke, little town, surrounded by amazing Mountains. It has the usual things: run-down motel, shitty diner, VFW bar, hobby store some how and not to much else. 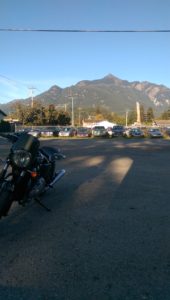 I eat some awful food there and then realize “shit” I don’t have much money and I have another 5 hour ride back to Seattle. So I immediately head back, which sucks but I had to. I didn’t want to get lost in Canada in the night. I make it through the border again and just when I’m about an hour away I get incredibly cold and tired. The weather dropped like a rock and when going 80 on an unlit deserted two lane blacktop, a lot of worries hit my mind. One rock and I’d be on the pavement and no one would see me. I find a Casino on an Indian Reservation and get a room for the night. It was real nice, bigger than my old apartment and had a jacuzzi in the bedroom. I rest for a few hours then hightail it back to Seattle. Oh btw I DID NOT have the money for this hotel but put it on a credit card.

So a couple hours later I drop the bike off and make it to my original hotel and relax for a few hours. Next thing I know I’m at the airport, I hear All Apologies and board my plane. Back in Chicago nothing has changed but I blew far more money that I had on the trip. Don’t regret it though I fucking made it to Seattle and Hope. Maybe one day I can go back and really enjoy it. 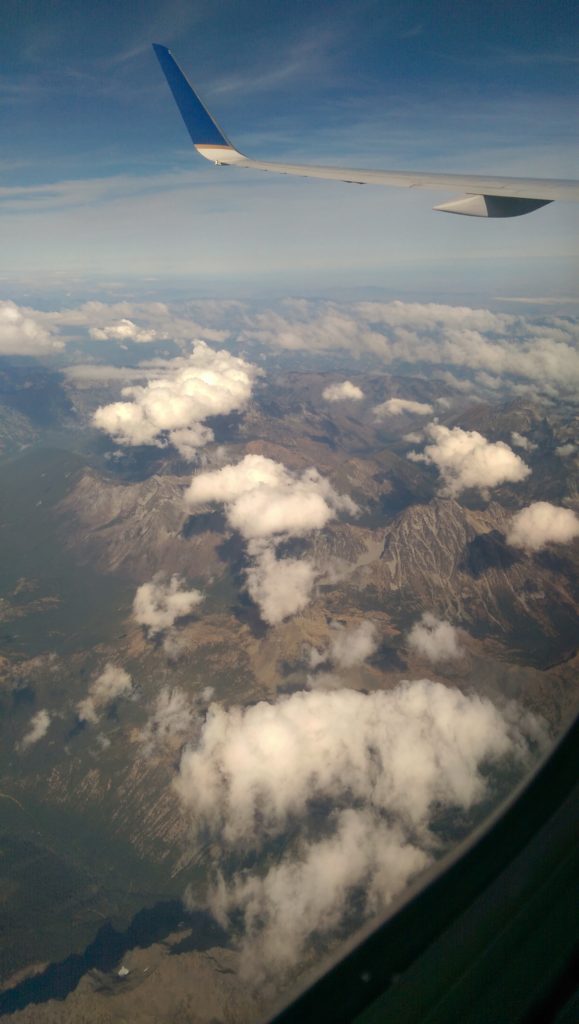