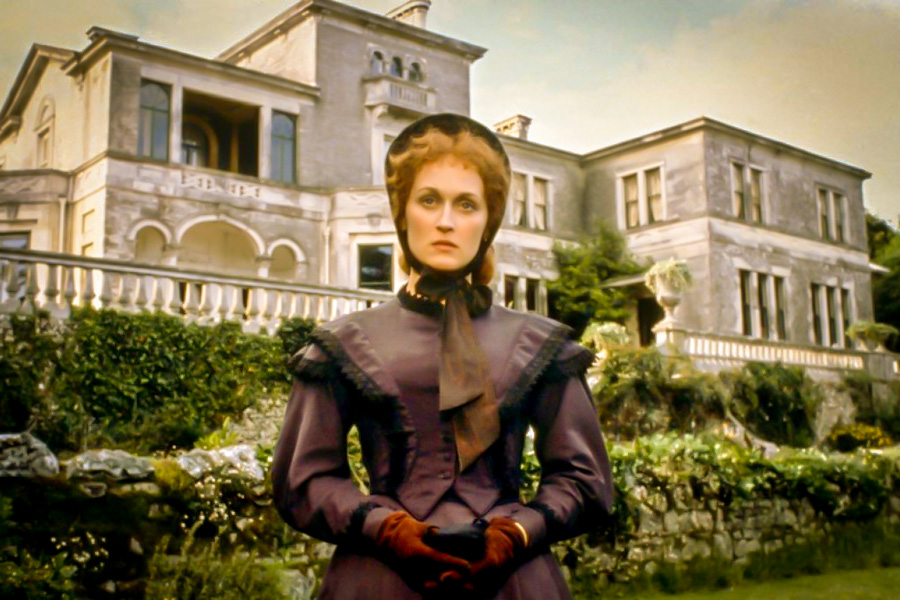 I recently caught the start of this movie on some dismal cable tv movie channel and was intrigued. I then did laundry, later I sat down when it was on again and watched the whole film. Similar to my ppost of Lilya I will mostly focus on one small bit of the film I caught.

In regards to the film I thoroughly enjoyed it and the excellent performances by Merryl Streep and Jeremy Irons leaves no questions, this is a classic. A couple stories of two lovers who spend more time in misery over the short time they DID have together. Well pretty much. I think that happens in life quite a bit, perhaps why it’s labeled a post-modern film, who knows. Sydney Pollack once remarked about how difficult filming the “happy times” in a doomed love story. The begining is easy as is the breakup, the tranquil and exciting “heart” of the romance is a challenge to leave on film. This film is no exception.

Anyway Jeremy Irons’ characters are both successful English men in two time periods. Be it cab, car, or train in either timeline he always refuses to depart when the transport stops moving. Watch the film, he ALWAYS gets off the carriage, train, or car before it stops moving.

This means to me his character can’t wait for anything. He wants it all now and then it quickly departs. He can’t stand still alone. He is in a rush for the woman he desires and can’t wait the second for the transport to come to a proper hault. I wonder why he is in such a hurry to seek love and happiness yet the sooner he achieves something like it, the sooner he is left in misery albeit with his wife and kids…….. Sometimes the best laid accidents were never meant.

One thought on “The French Lieutenant’s Woman”