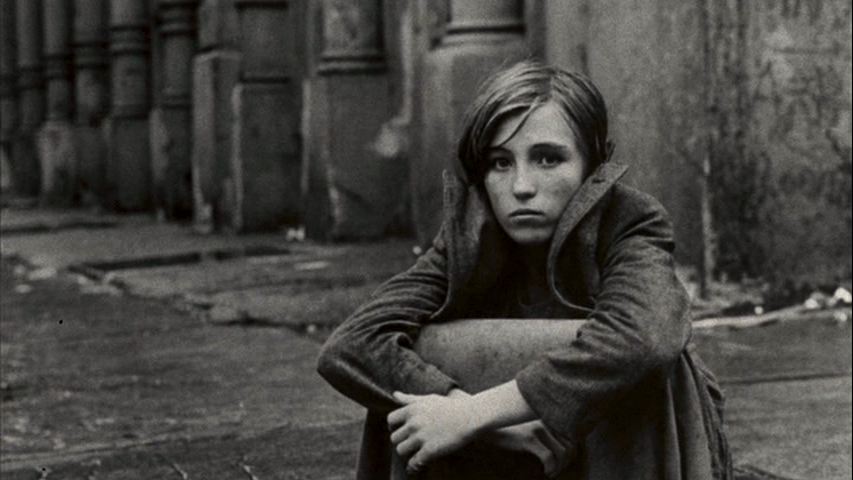 I never really heard of a woman named Linda Manz, nor recognized her. When I was roughly 12 or 13(2002,2003), and getting into Punk Rock, old movies, and such I was listening to a Dennis Hopper interview he had done with Nardwuar. I knew of Nardwuar from an interview he did with Kurt Cobain and Courtney Love in early 94’. Nirvana was the reason for my foray and serious interest in music and then film but anyway. In this interview Nardwuar loves to mention his native Canada, it just so happens Hopper had shot a film in Vancouver, called Out of the Blue. I’d never heard of this film and the Neil Young reference may or may not have been lost on me at the time. Nardwuar made explicit reference to the Pointed Sticks whom appear in the film (a pop punk band I now really enjoy). So I eventually Netflixed this film (through the mail) and saved a Friday night to watch it (I had plenty). The film was incredible, my 2nd Hooper directed film I’d see after Easy Rider. Needless to say the film floored me. At the time I loved the Sex Pistols and really dug the “fuck you” attitude of lead character Cebe. I must say I loved the film. I now sought after Pointed Sticks and Neil Young records. This wonderful little gem sat in my closet for years and maybe I’ll watch it in another decade when I’ve completely forgotten it. I once watched it again with a former friend who texted through most of it. I no longer hang out with him. Excellent film, check it out especially when you’re a teenager and hate every fucking thing. I’m not longer a teen but seem to be revisiting my attitude and feelings of 13-17 when I was at my most pissed. I might argue I’m still there.

Years and years pass…punk rock teaching continues…I branch out and explore more of music as a whole….don’t really limit myself to any one genre. I seek out the inspirations for the bands I like and go back as far as possible, now I’m a huge Iggy Pop and Velvet Underground fan. I’m in the home stretch for high school for junior/senior year. My interest/love in offbeat/obscure/renowned/foreign/gutter film continues. Seeking out as many movies as possible off the internet/Netflix/blockbuster/tape trading etc….Eventually I stumble across Gummo, little is known about it by me. It was mentioned several times in a most disturbing film thread and I often sought these films to see how bad they were. So eventually I seek it out and watch it alone one Friday/Saturday night. After watching it I knew I was a slightly new person. And the mother in the end seemed vaguely familiar. The film changed me mostly for the better and I was no longer a sheltered little Chicago boy, I had, through the film, a better understanding of humanity at its highs and lows. I mean Requiem made me feel lousy and all but this was more real and gutter, god knows what goes on in the backwoods ass parts of America. I still believe more in humanity over God but I could see how that would be difficult for many reasons. Regardless, I could write a paper on Gummo, probably not the Citizen Kane or Chinatown of an era but I’d call it a good film and worth seeing at worst. So this is probably 2007/2008.

Few more years pass…few college film classes done with. At this point I kept up with Criterion’s releases religiously as well as collected some. I once had over 100 DVDs but sold most of them on DVDTalk because I thought I was going to off myself or something. Kept the Criterion’s though…shows how gung ho I was about that endeavor… Anyhow I learn of Days of Heaven through the upcoming Criterion release and soon explore the man that is Terrence Malick. I first watched Badlands which had a very nice voice over narrative and visualized Starkweather for me. I didn’t know much about Charlie except for an excerpt in Please Kill Me where Legs McNeil compares him to Dee Dee Ramone and James Dean I think. The film is quite a nice delight and I still think about that black Cadillac Martin Sheen steals. There is something so visceral about his performance knowing exactly what he had done and what will happen to him in the end. Truly a man ahead of his time, kind of like that movie Ace in the Hole, a fucking classic also a Criterion. I probably wouldn’t know half of these movies if Criterion hadn’t released them. Lucky I started following whatever the hell they were releasing, despite not being able to afford many. Anyway so naturally next comes Days of Heaven and who do I see, the little girl from Out of the Blue! Same size and still she plays a child. Days is quite the beautiful film, few films offer such beauty that make up for lack of substance of story. Days is more impressionists and quite the film. I suddenly knew why people held Malick in such high regard. His two first films are exceptionally good. So now I finally learn this woman’s name and call it a day just wondering how she made it from Days of Heaven to Gummo to Out of the Blue! Just such an odd menagerie of films that I happen to all seek out no less! And she’s in all of them and very little else. What a coincidence I think…

Little is heard of hear from me for a while…more years go by…I continue seeking out film after film; eventually amass almost 500 DVD-R’s from Netflix. I would copy them and send them back the same day to get as many as possible. Aside from this however I find a nice forum of people preserving alternate edits and such of films and transferring Laserdisc extras to DVD that are no longer in print. I get a copy of The Game ripped from the Criterion Laserdisc with all the extras (along with Se7en in the same vein as well). Now this film drew me in right away, Michael Douglas as a very rich ass smart, sarcastic man who drives a BMW 750il. Anyway now in a scene he arrives at a home and a short woman answers the door smoking a cigarette. I knew it was none other than HER immediately and couldn’t believe how they fuck did she end up in this movie too! I knew then I would love the film before it even ended. As an aside I did like the movie. At this point I finally did some basic research on her including checking her imdb and Wikipedia page and just would often think how random and obscure is it I saw all these films she is in without even trying. She is in an odd but great mix of films how did she know to pick these and not some other crap? What a fabulous actress she is, I just thought I should document my strange unintended obsession with Linda Manz, an American actress.

So this is how I explored and discovered the majority of Linda Manz’s filmography. There will never be another actress with such a tight and interesting repertoire. She also appeared on the latest Ratatat album! At this point I knew I had to document how I find her in the most interesting/greatest places without even looking. I hope I see you again somewhere else without looking. I’m sure I could easily keep digital tabs on her but it just wouldn’t be any fun.

Hope is on the way
In far less than an hour it will arrive
I’m on the train/I’m In the car/I’m sure he’ll come on time
Excitement is bellowing and I can barely concentrate
Sweet freedom and release is on the way, express
All debts settled, conflict condensed
I’m in heaven and heaven hasn’t even come yet.
This beats what follows, this I’m sure
But at least I’m free with help on the way.
All is well or will soon be.
Tomorrow counts for nil and always will.
My weightless thoughts/feelings/emotions/problems subside for the time
All is clear and all is near
Hope is on the way, never here to stay.

Originally I wanted this site to be like bringatrailer.com, only for motorcycles. They had the ThrottleYard but it disappeared at some point. So originally I did that because I watch ebay and craigslist like a hawk. I then realized people interested probably do the same. Then I thought about being like The Selvedge Yard wherein I write articles similarly themed because I like that kind of stuff he does. Now I have finally decided the site will be a personal blog posting whatever I want for me. Be that poems,songs,short stories,pictures, updates on my vintage motorcycles when they break down, frustrations, film criticism, work problems, personal health issues and more. In effort to not be a copycat and to somewhat put some stuff “out there”.